I was not planning to make a quilt today! I was searching through my fabric bins for something quite unrelated when a screenprint from ages ago caught my eye. That’s what happens when you have a printing session – you end up with heaps of prints and you might have a purpose in mind for one or two but most get stashed away for another day. This particular piece featured two large feathers, one a positive shape and the other the negative. I didn’t photograph the print before I started which is why you get to see the quilted version! As I’m on a mission to use as many of my scraps as possible and by now I was completely distracted from my original task so I started to gather together bits and pieces that I thought could work with the screenprint.

I have several bins full of cotton fabrics but some of the scraps were pretty small and that helped me decide how best to use them – I’d join 3inch squares in bands to sit alongside the print. That’s a great way to make something out of almost nothing and a quick technique so I soon had a quilt top of a reasonable size to work with. 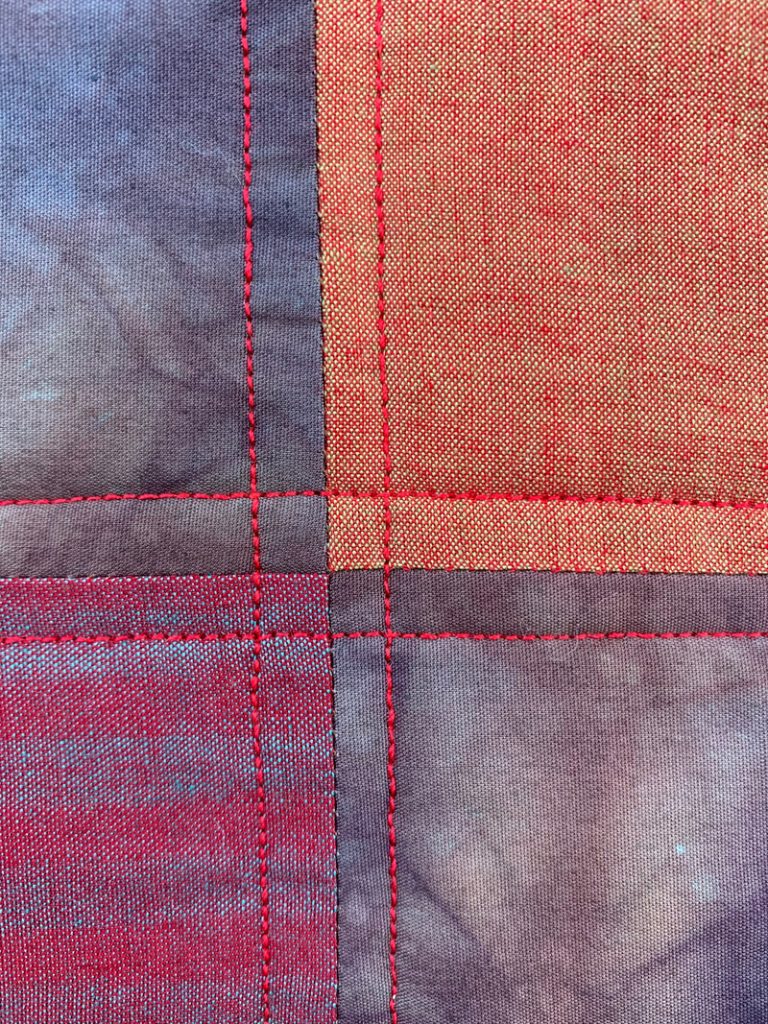 I layered the top with batting and a cotton fabric backing before attaching the walking foot (Husqvarna’s Even Feed Foot) to my machine. The foot has quarter inch markings making it a cinch to stitch a straight line either side of the seams. I used a scarlet Cotona 30 thread from Madeira to add a warm spark. I love what that red adds to the overall effect! My machine has a fix option and a scissor function that takes the thread to the back of the work and cuts it. Both of those functions proved really helpful with every line of quilting, especially where a line needed to end in the middle of the quilt. Where I wanted the grid quilting to extend beyond the checkerboard patchwork I ruled chalk lines as a guide to my stitching. A pastel pencil is good for this as most rubs away during the quilting and any still visible brushes off when I’ve finished.

I outlined the feather in the same scarlet colour I used for the grids and continued the background quilting with more free motion stitching  in the blue grey. 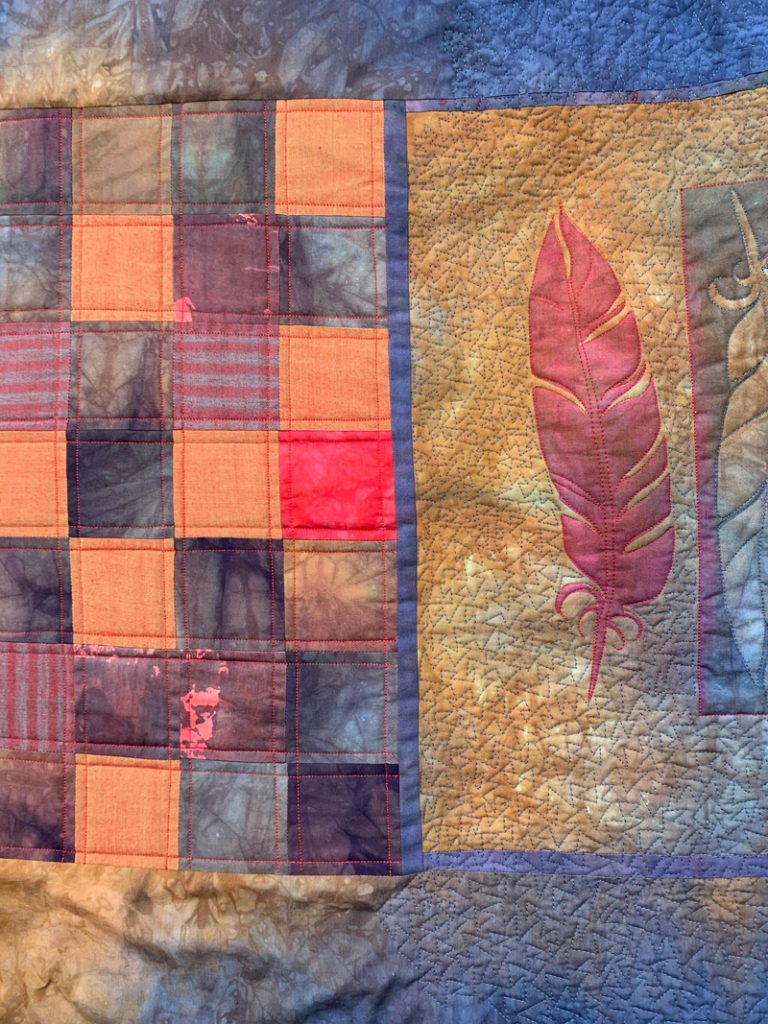 I’ve still got lots to do so I’m not showing the whole piece yet. You can see how baggy the unquilted fabrics are at the moment and the contrast of tension between the densely  stitched areas and the more open grid quilting is distorting the quilt – something I have to deal with shortly. Think this will mean more stitching!

I don’t suggest it would suit everybody to work in this totally unplanned way but it is giving me a lot of satisfaction to see how many bits have left those overstuffed scrap fabric bins! I’ll update the posts when there’s a resolved piece to share!