Wightwick Manor is our nearest National Trust property and we often enjoy popping over there for a couple of hours. Sadly when we arrived last week the gardens were closed due to the excessive rain we’d had lately. Too many feet trampling the grass paths would have been very damaging. Fortunately, we love to visit the little gallery there too so all was not lost, especially since they’d changed the display of the De Morgan collection completely since our last visit. William and Evelyn De Morgan were husband and wife but I think William’s ceramics were perhaps better known than his wife’s paintings. 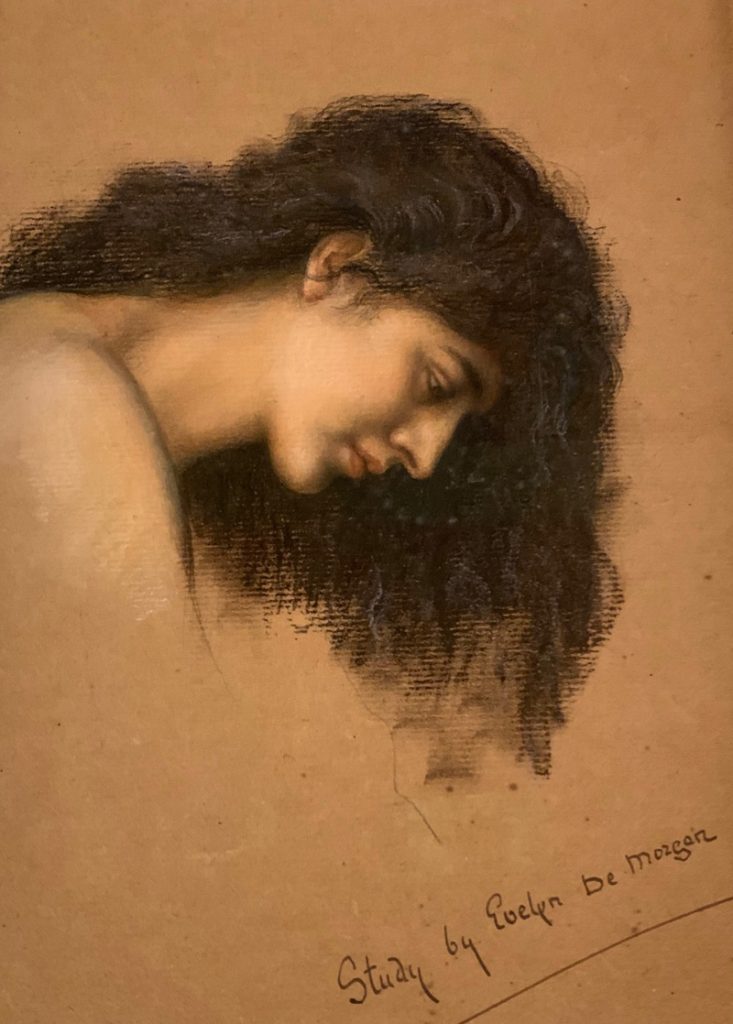 I’d never seen this beautiful drawing by Evelyn De Morgan before – the model was Jane Hales, her younger sister’s nursemaid. Evelyn was restricted in her ability to hire models, especially nude models, due to Victorian morality but the nursemaid was always there and became her main model and muse. 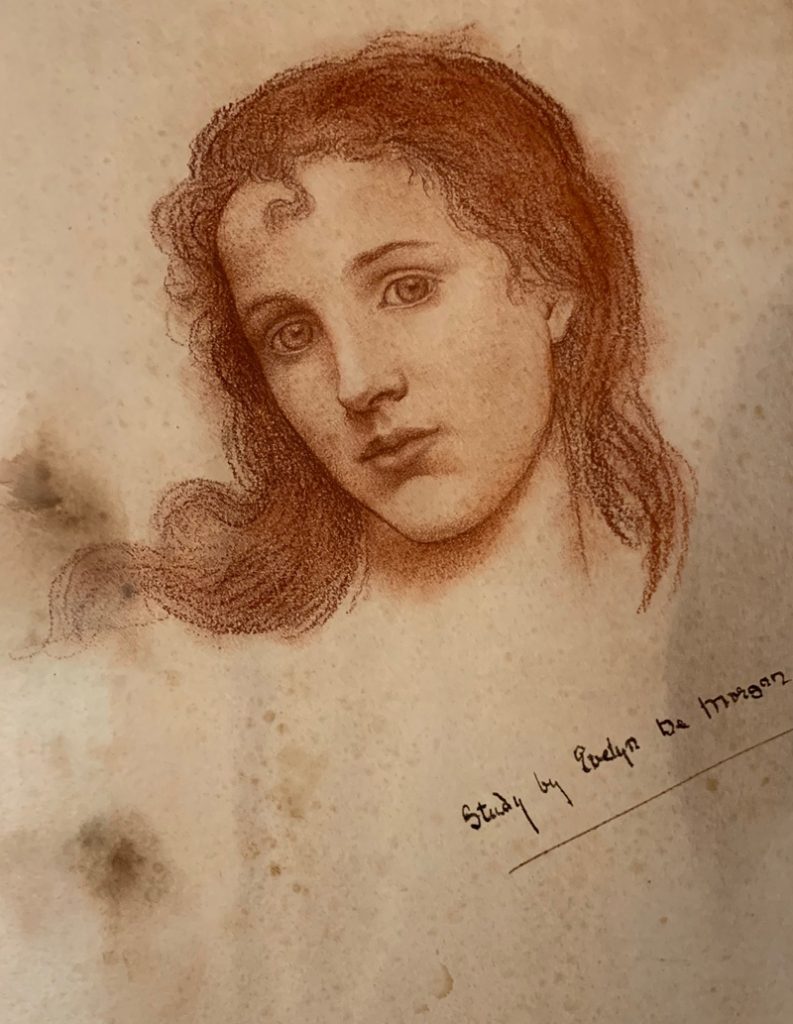 These drawings using chalk on coloured paper show how talented the young Evelyn was at a time when the art world was very much dominated by men. Luckily she had the support and encouragement of her uncle, the artist John Roddam Spencer Stanhope to assist her career as a professional artist. She visited him often when he was living in  Florence and was inspired by Italian Renaissance painters such as Botticelli. 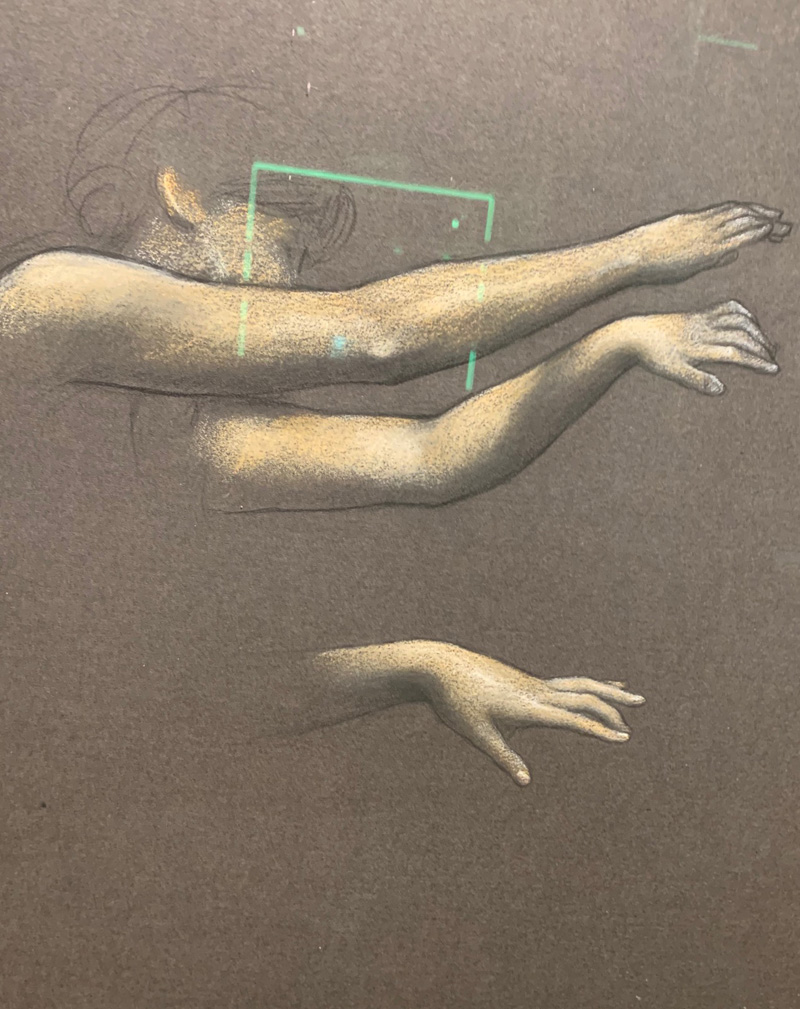 I apologise for the poor quality of this photograph – the glare of green is an irritating reflection on the glass! I couldn’t get a clearer image but I wanted to show how expressive her studies in pastel and chalk on paper were. Don’t you think the studies in preparation for the final paintings are fascinating? 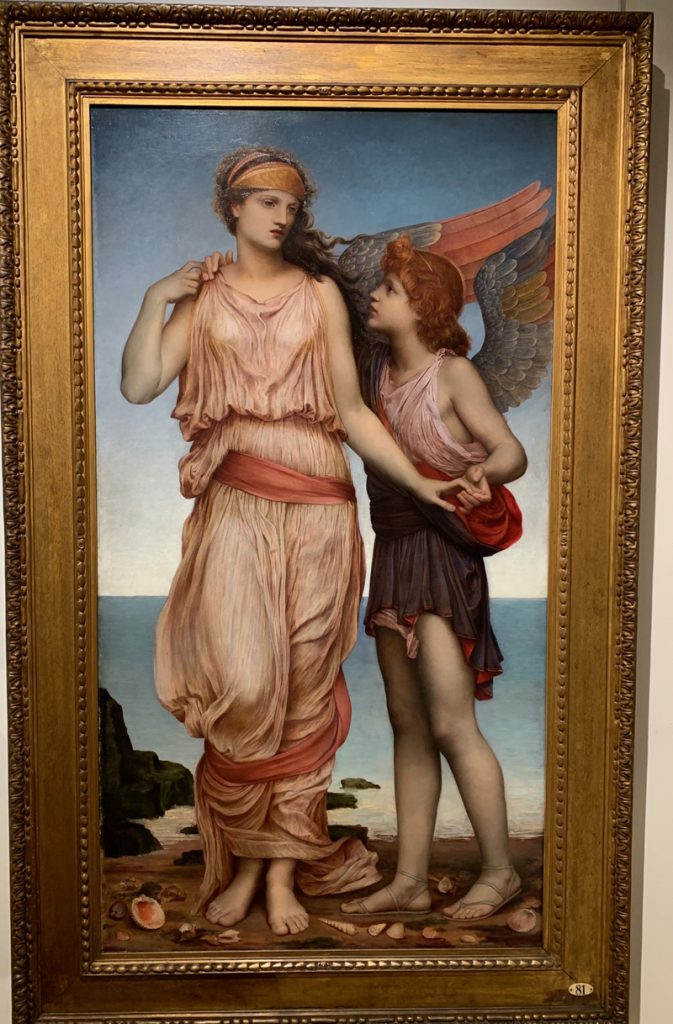 Evelyn was awarded a full scholarship to study at the Slade School of Art and won prizes and medals for her life drawings. When I commented on the similarity to some of the Pre Raphaelite paintings I have always loved the exhibition steward told me one of her paintings was wrongly attributed to Edward Burne Jones at one time as it was thought that it was too good to have been painted by a woman!! They even had the nerve to paint his monogram over the top of her initials! The painting above is Venus and Cupid, oil on canvas, painted in 1878 when she was only in her early twenties. What a wonderful depiction of drapery – as a quilter I couldn’t fail to notice that many of the fabrics in her paintings appear to be ‘shot’ or iridescent.

I couldn’t think of a better way of ending this post than with a photograph of Evelyn’s palette. Such a simple object that could surely tell some stories!

Do visit the Manor if you are ever in the area – it is a treasure trove!