It’s inevitable that by the time you get to the final module of the course that you’ll, like me, be tempted to revisit favourite subjects and maybe see them with slightly different eyes! 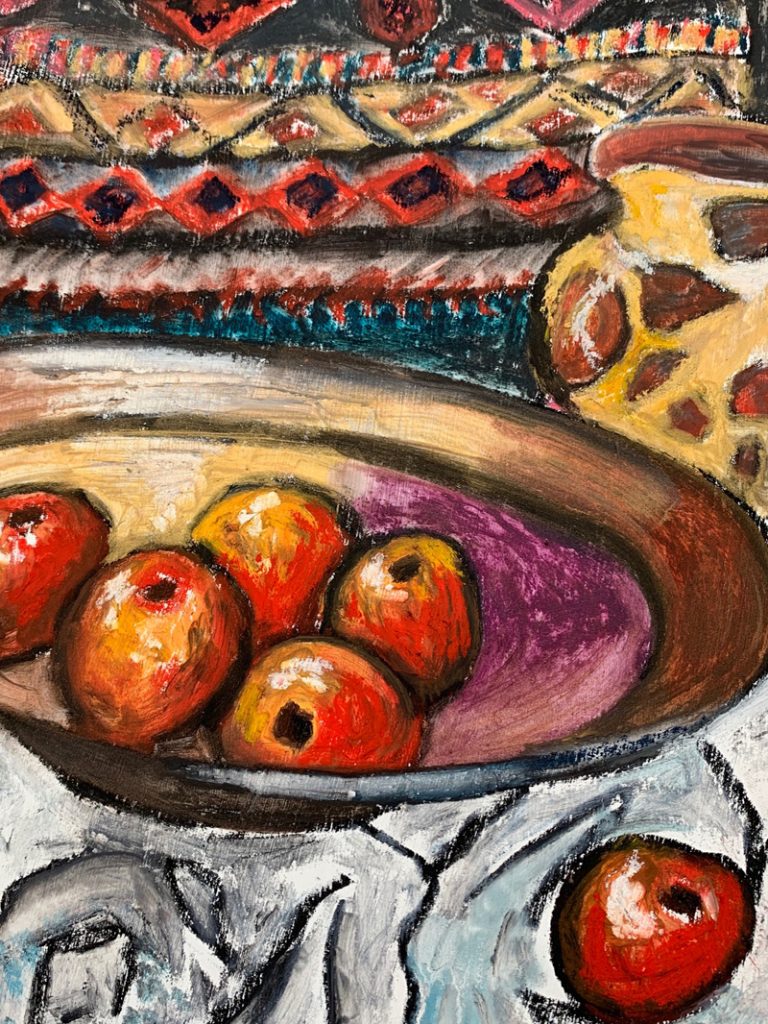 Above is a detail of an oil pastel painting I made for a DMTV video but I enjoyed setting up a still life of my favourite things so much I was inspired to explore it in more depth. When you reach Module 4 you’ll see that I’ve tackled the same arrangement using different media but I’ve also revisited earlier work combining drawing with fine liner pens and collage. Chronologically the following images are out of sequence with the way I’m working but I thought I’d show you them here as they do seem to fit more with this module than the next! 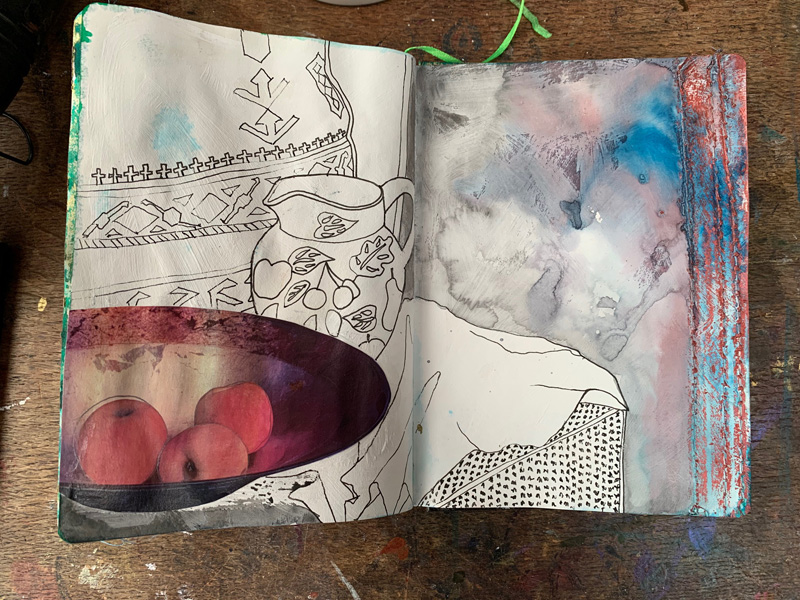 When I made the oil pastel painting I worked from several photographs of the still life. It seemed a waste to simply throw the photos away so here you can see I’ve cut the fruit bowl out and pasted it to the page with gel medium. It’s a lazer print so the colours of ink don’t run when wet. I had already applied a layer of acrylic gesso to both sides of the open spread because I like the visual texture that gives to a wash of colour added later. Technically, watercolour shouldn’t adhere as well as acrylic paint over gesso but I find I can get away with it! The copper coloured marks on the right were made by rubbing oil pastel over the lines of machine stitching that secures a loose sheet of paper to the following page. Obviously the lines of stitch are visible on both sides so I like to emphasise them rather than attempt to disguise them. I kept the added watercolour wash low key so as not to overwhelm the drawing.

In this closer image I hope you can see the brushstrokes in the layer of gesso. Don’t you think that adds interest to the page? I kept the drawing as simple linear marks and rather like the contrast between that graphic quality and the coloured image.

Now, no more of this skipping back and forth – it’s time to get back to the final module or I’ll never be finished!